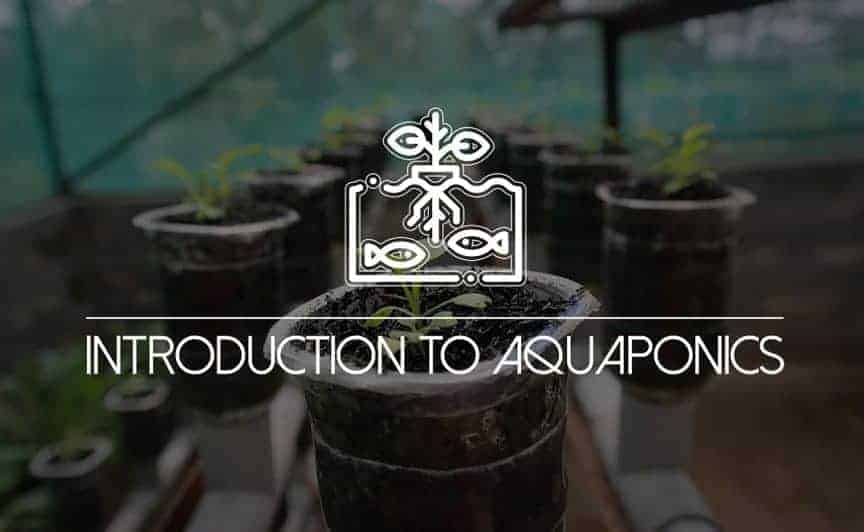 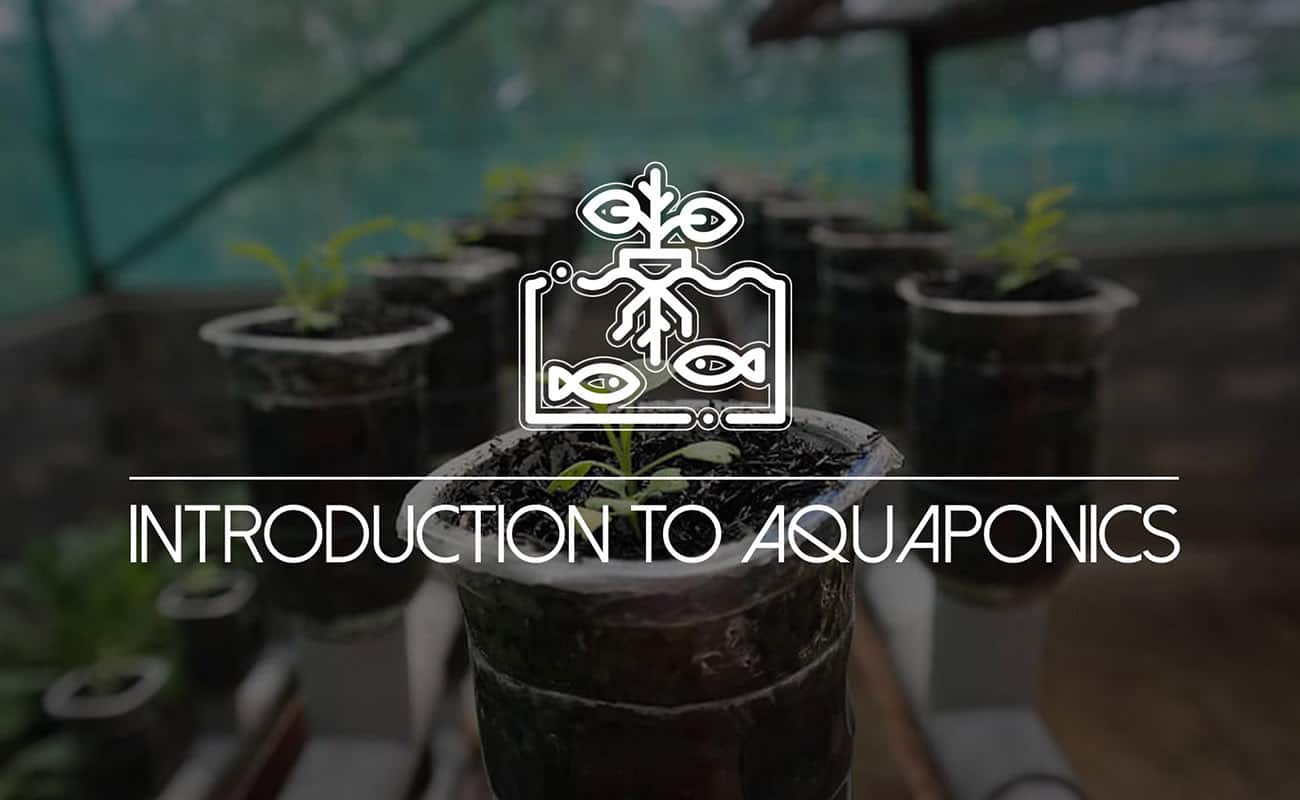 Agriculture, which is defined in simple terms as the science of farming, has proven to be a major source of food, wool, and other products to humanity.

Growing of crops via soil cultivation and the rearing of animals – including fishes, are two major types of agriculture.

During soil cultivation, manure (excretions from animals) can be used to make the soil more fertile so as to increase output. However, accumulation of manure in water can lead to increased levels of toxicity which can in turn damage crops and other animals. This has led to the creation of more advanced methods of farming, one of which is Aquaponics.

Read our related article: How to Select the Right Water Pump for Your Aquaponics System

So, what is Aquaponics?

Aquaponics is a system of agriculture that incorporates two different types of agriculture – aquaculture and hydroponics, hence the name ‘Aquaponics’ which is a combination of the words ‘Aqua-culture’ and ‘Hydro-ponics’.

Aqua-culture deals with farming of aquatic animals such as fish, prawns, crayfish, and snails using tanks, while hydroponics involves the cultivation of plants in water.

Aquaponics combines these two types of agriculture in a symbiotic environment where both the plants and animals benefit from one another in order to thrive and grow.

Aquaponics is a relatively new branch of modern agriculture as the term itself only came into being in the 1970s. Aquaculture and hydroponics are systems of agriculture that only started gaining grounds about half a century ago. However, the earliest example of one of the two branches of aquaponics (hydroponics) dates back to around 1000AD when the Aztec Indians cultivated plants on rafts on the surfaces of lakes. Aquaculture, on the other hand, was formerly carried out in vast ponds, which consumed large quantities of water and land (Palouse-Clearwater).

In an effort to redress the issue, aqua-culturalists had to create the Recirculating Aquaculture System (RAS). Experiments carried on in the early stages of the RAS sought to ascertain the effectiveness of aquatic plants at consuming and filtering nutrients found in wastewater that comes from aquaculture farms. With positive results proving the effectiveness of aquatic plants at purifying water, aquaculture and hydroponics were then combined as an integrated agricultural system.

How Aquaculture and Hydroponics Work Together 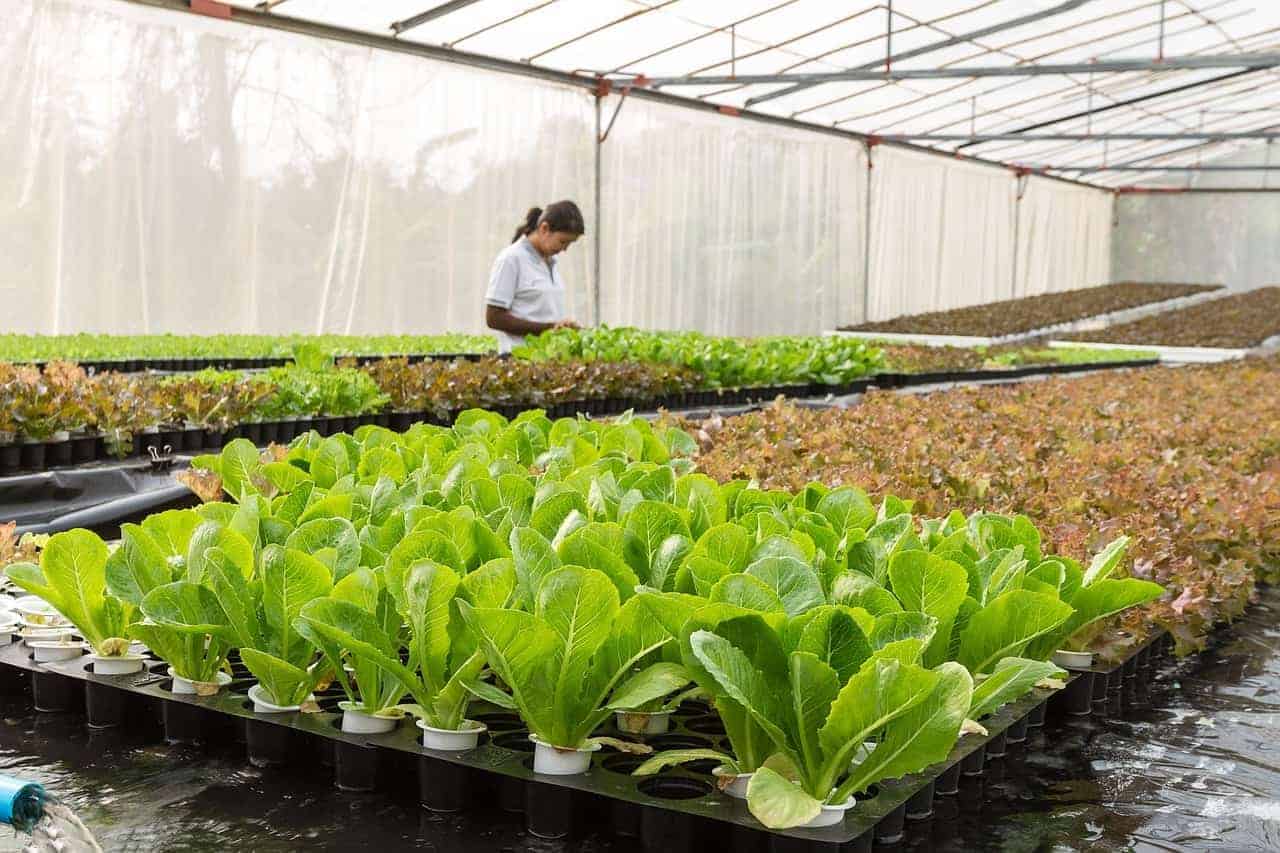 Aquaponics, as has been mentioned earlier, is a combination of aqua-culture and hydroponics. Hydroponics, as an agricultural system on its own, does not only require that plants be fed using a good amount of costly nutrients but also that the hydroponic system be flushed regularly. This regular flushing is usually accompanied by the issue of waste disposal. Aqua-culture, on the other hand, requires that excess nutrients be constantly removed from the system which means replacing this nutrient-rich water with fresh water on a daily basis.

Read our related article: Understanding How pH Balance Works in an Aquaponics System 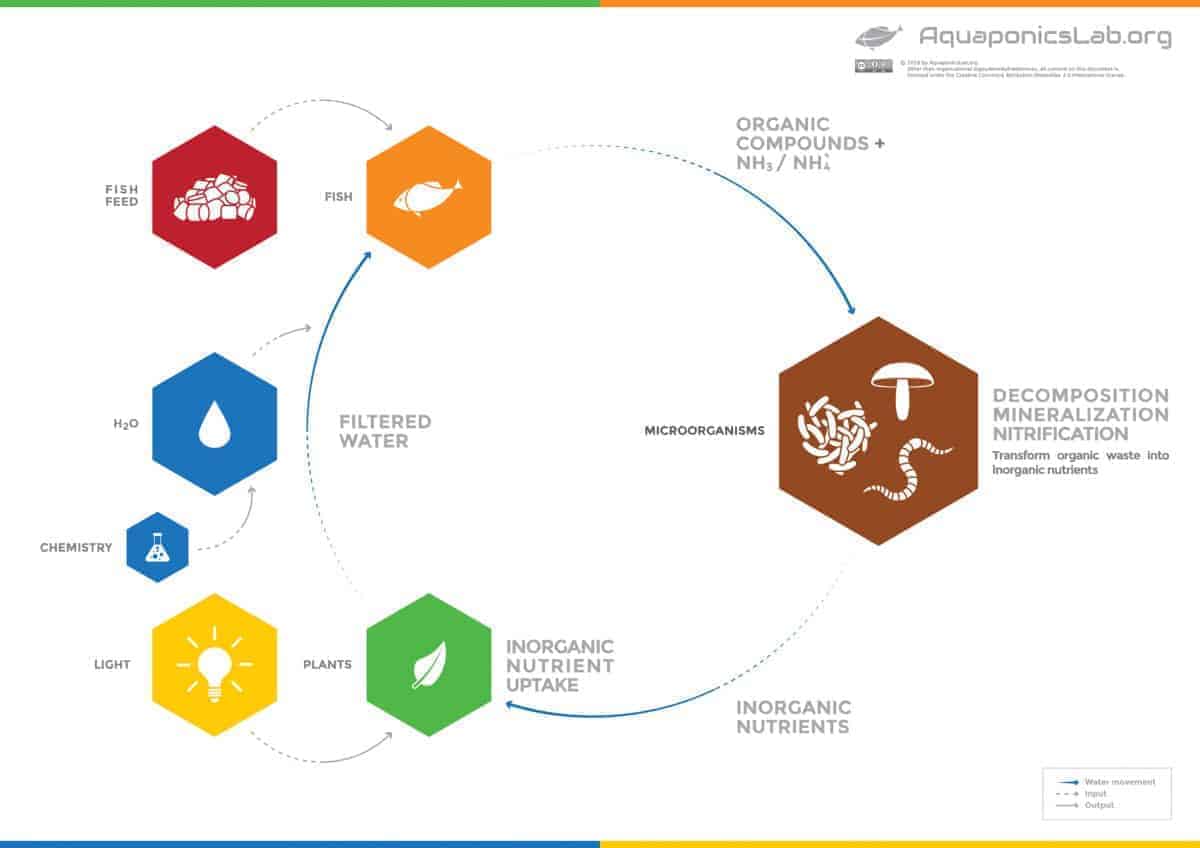 This ammonia-concentrated water is then fed to the grow bed just beneath the plants. When the water gets to the grow bed, bacteria found in the soil break down the ammonia found in the fish excrement into nitrites, and then further broken down into nitrates. These nitrates are then absorbed by plants together with vermicompost – a converted version of solid fish waste to grow healthily (Pattillo, 2017). 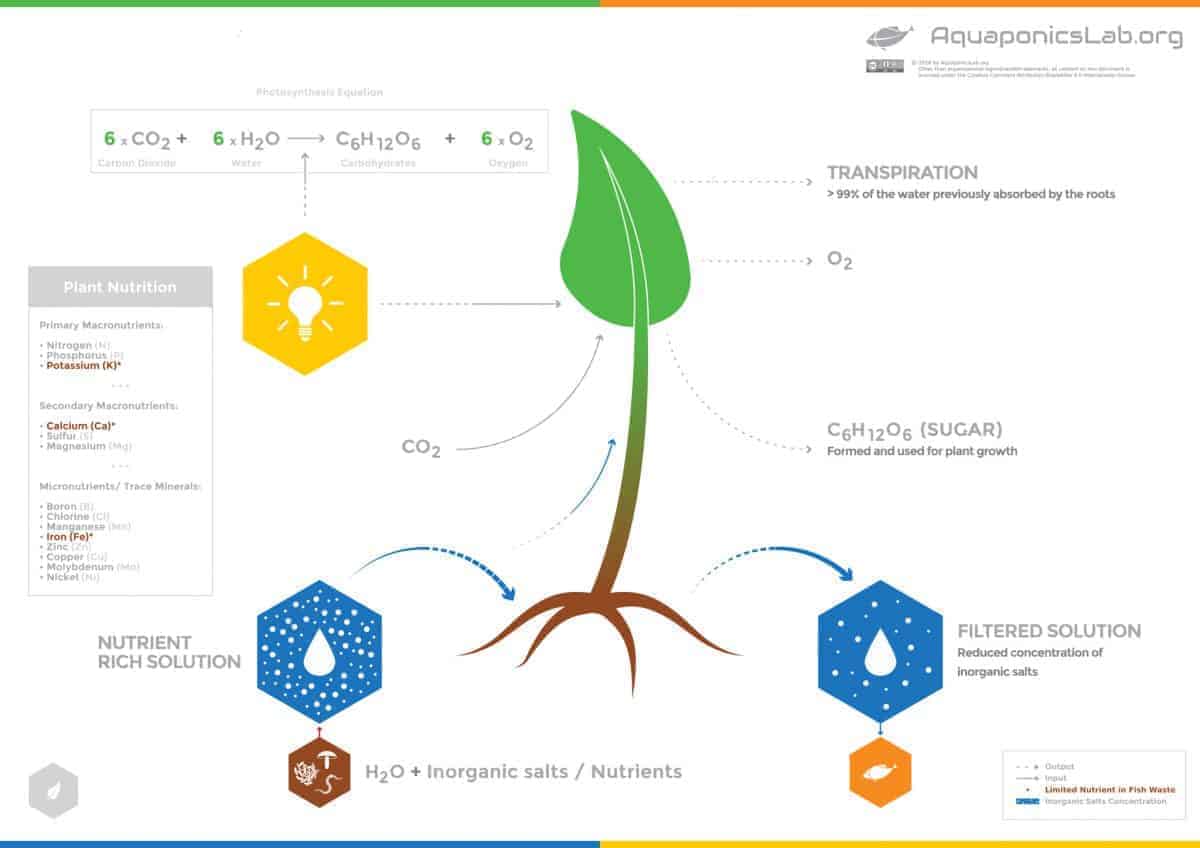 With the conversion and absorption of the ammonia and nutrients from the water, the water now becomes clean and fresh enough for fish to thrive in.

With the water fresh, filtered and oxygenated, it is then recirculated to the fish tank where the cycle begins again.

It is important for the area where the aquaponic system is found to be exposed to sunlight or sufficiently lit since plants need light to grow.

Read our related article: Why You Need a Bell Siphon for Your Aquaponics System

Components of an Aquaponic System

Aquaponic systems can be built both indoors and outdoors and may vary in size depending on the individual. What is important, however, is what is needed to build one. So, here are the basic components of an Aquaponics system:

This is a rectangular or square box used in raising plants in an aquaponic system. They are usually made of black recycled plastic. The plastic material used in making this box coupled with its black color play the vital role of absorbing heat, which warms the soil while also retaining moisture to help plants grow. 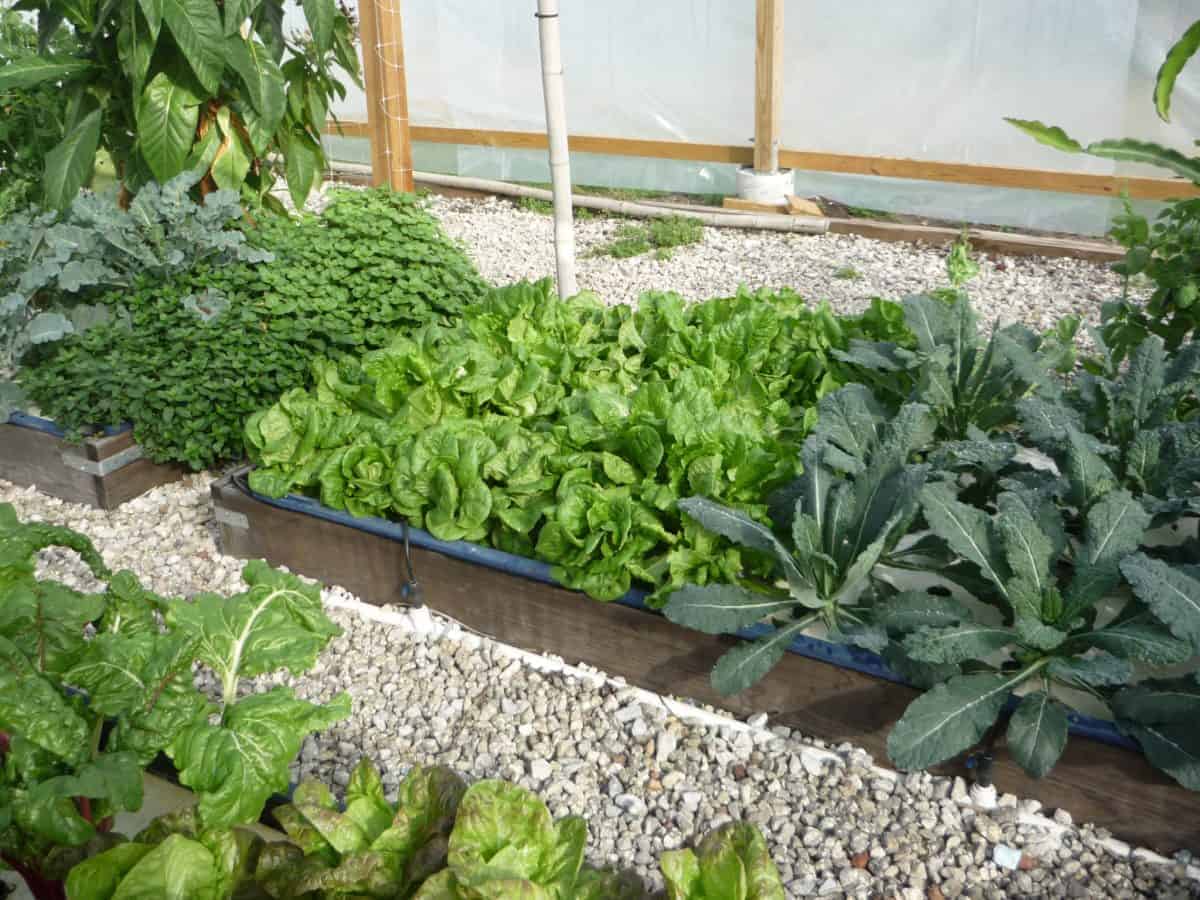 This is where fish will be kept. The size of the tank will ultimately depend on and define the flexibility and size of the aquaponic system. It is therefore important to consider this early enough. If you are growing fish for table purposes, it is important to use a large tank that is capable of holding at least 50 gallons of water and is at least 18 inches. The material for the tank really does not matter insofar as it is lined with an EPDM Pond Liner. 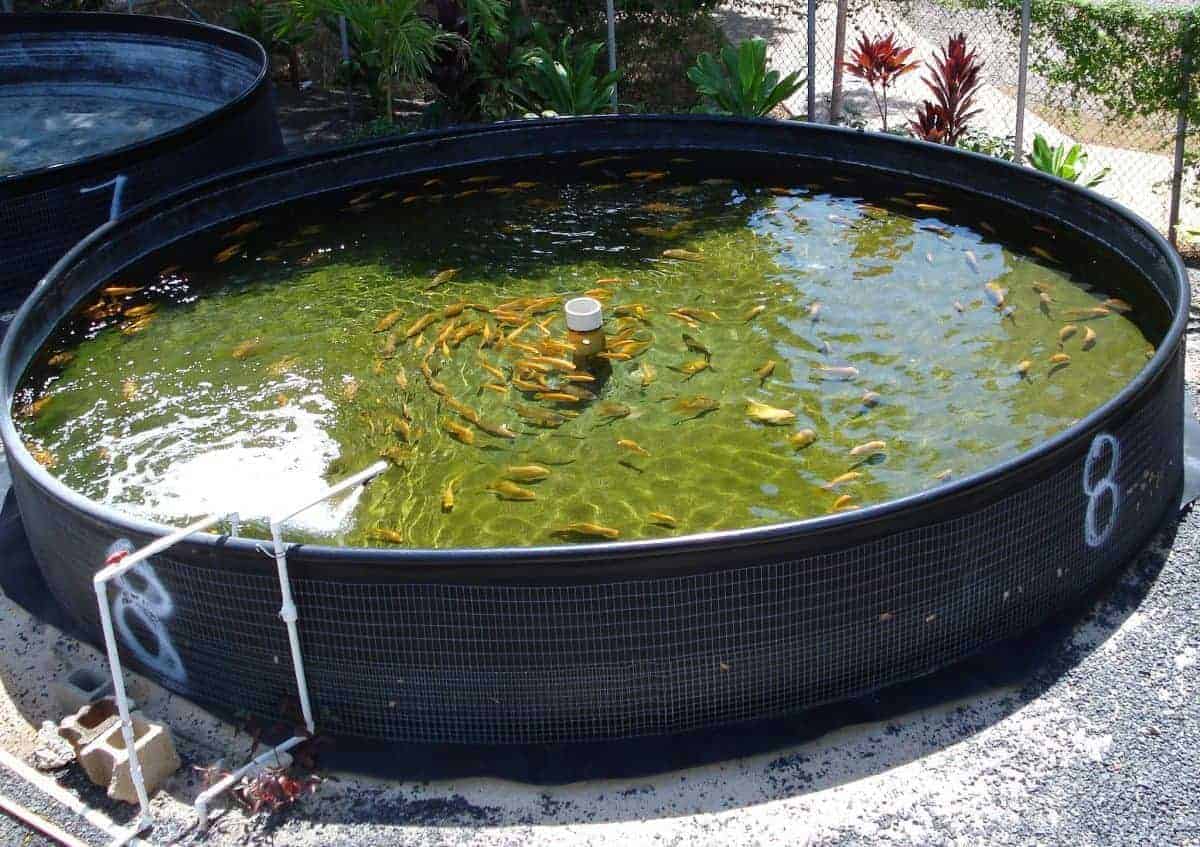 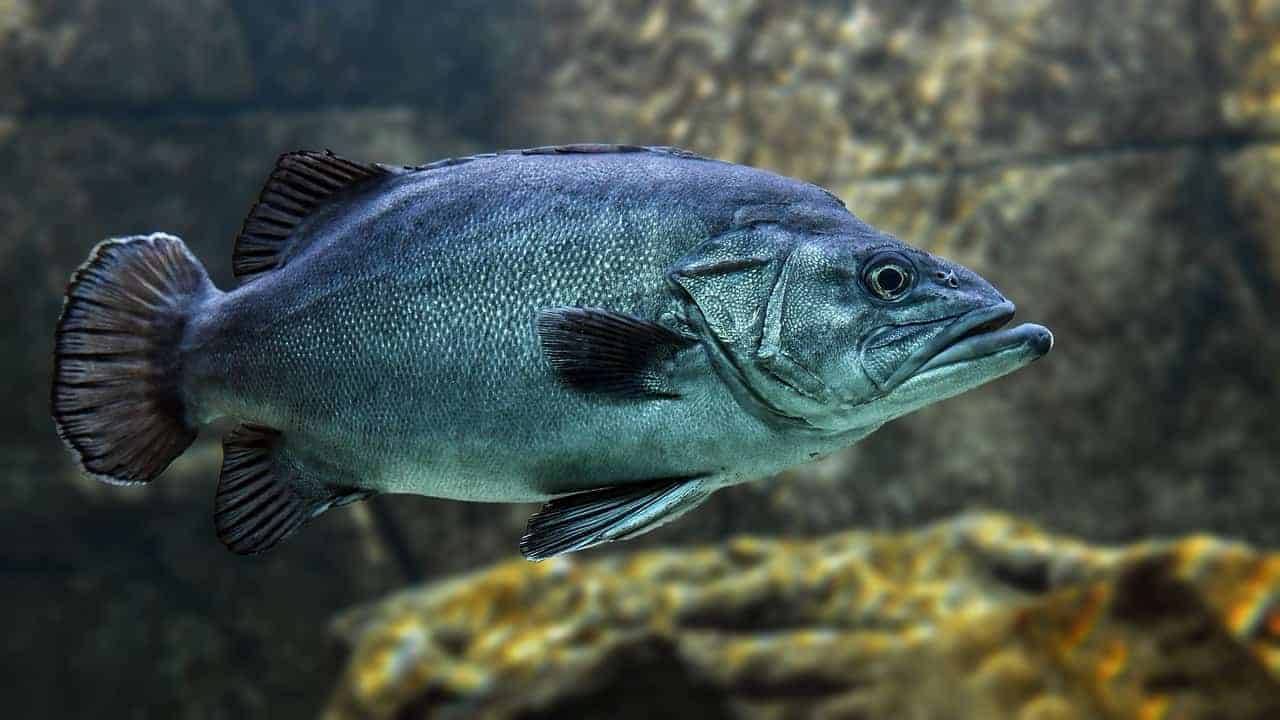 Just as fish are not only important for the obvious reason, plants too play an important role in the aquaponic system apart from their obvious role. Waste from fishes in the aquaponic system acts as food for plants which suck up all the rich nutrients in the water from the fish tank. By so doing, the water fed back to the fishes is clean and fresh water which is the type of water ideal for growing fish. 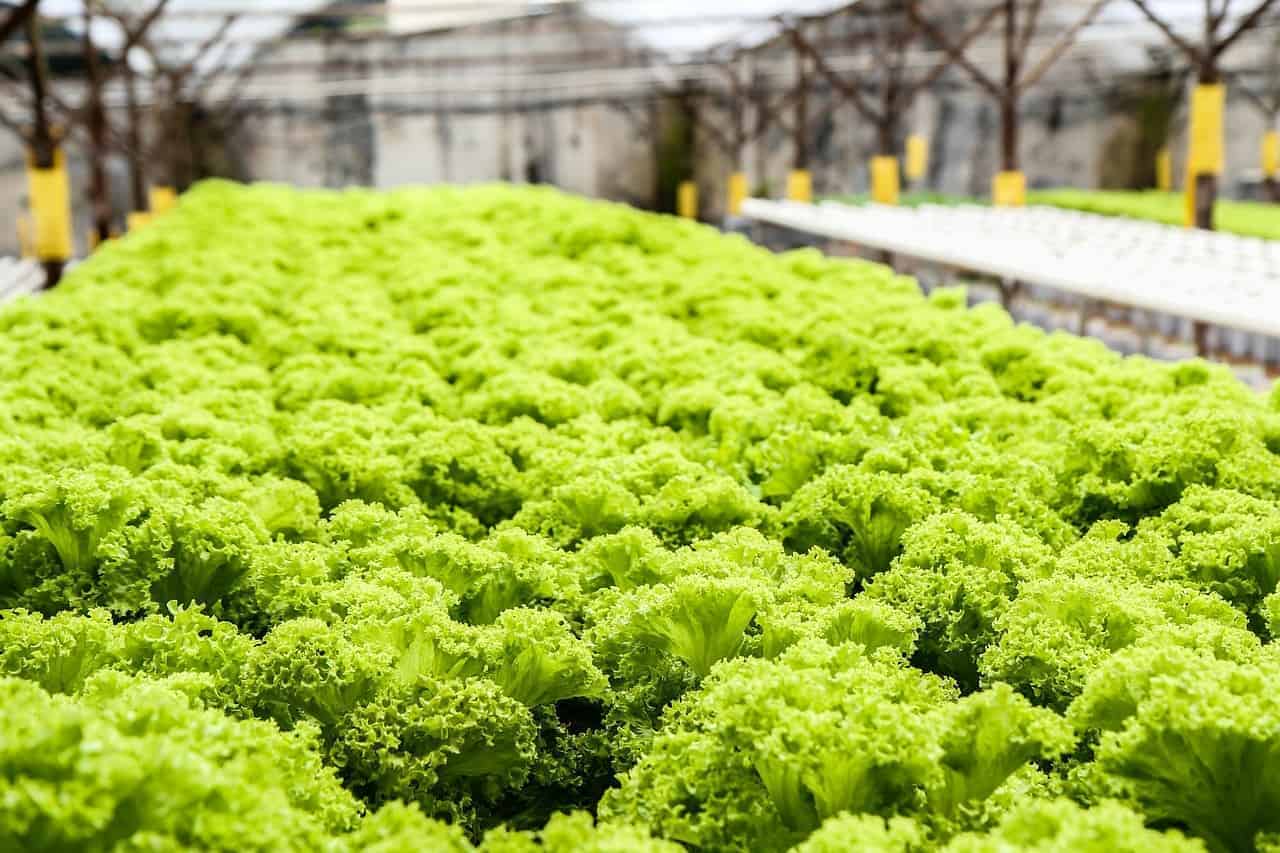 This plays a very vital role in the aquaponic system. Water from the fish tank fed to the grow bed contains a lot of ammonia from fish waste. This ammonia, if not broken down can end up being harmful to the plants. Bacteria (nitrifying bacteria to be precise) converts the ammonia found in fish waste into nitrites, and eventually into nitrates. These nitrates are the only form of nitrogen which plants use to grow. In addition, they also convert solid fish waste into vermicompost which is used up by plants as food. 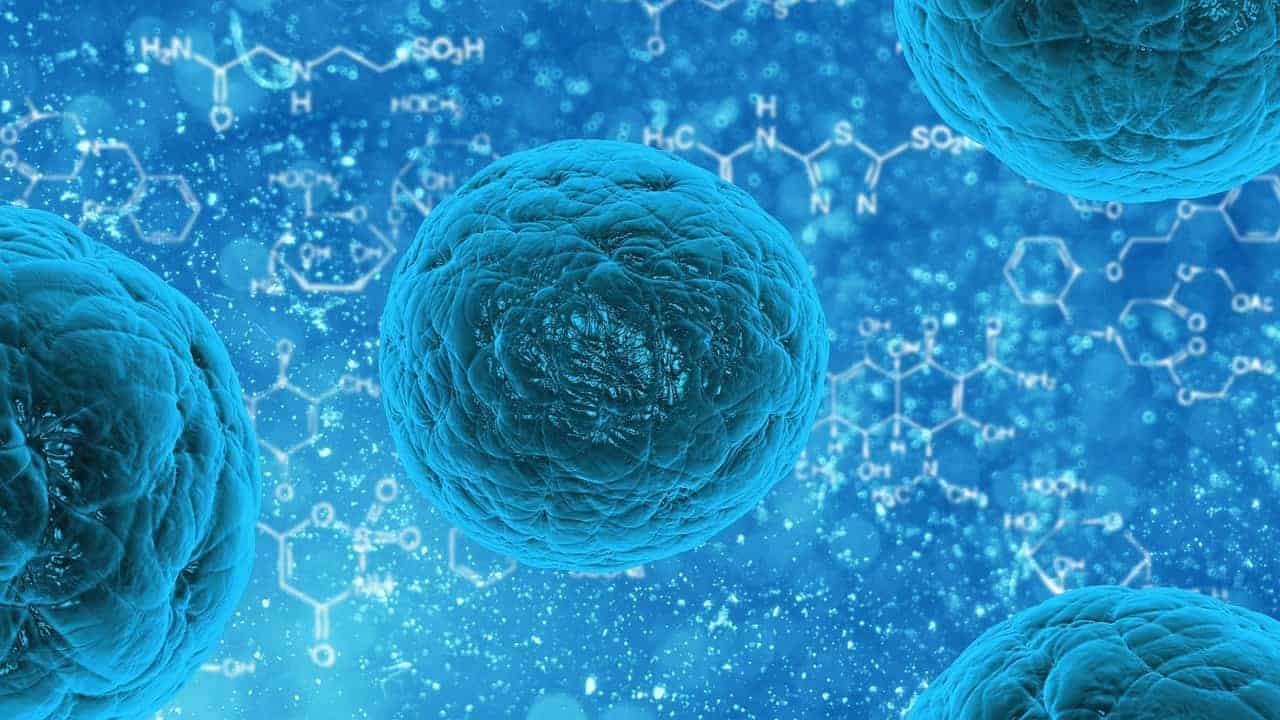 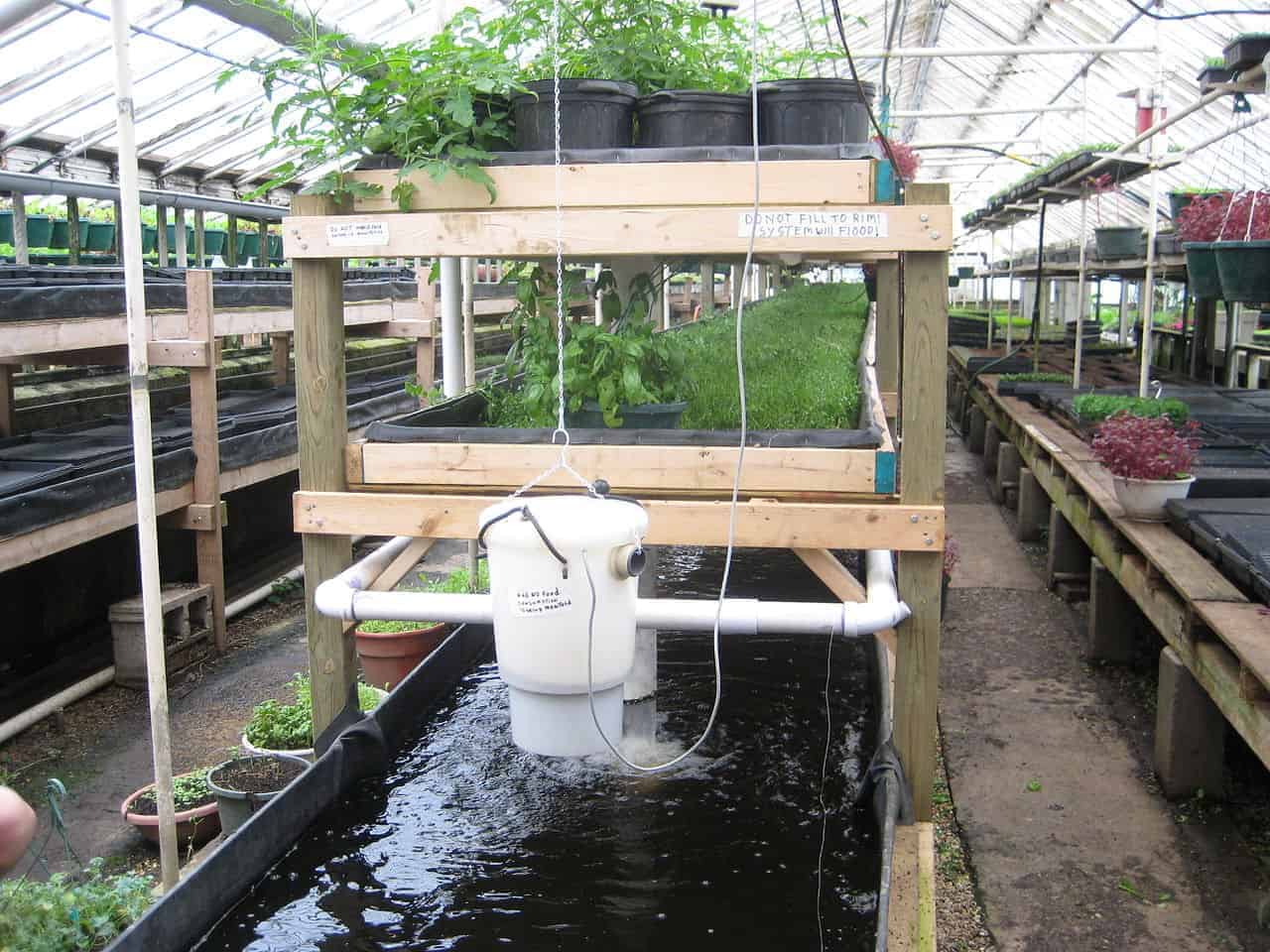 Building an aquaponics system is one thing, operating maintaining it is entirely something else. Just like with any other agricultural system, proper operation and maintenance are necessary to yield bountifully. It is therefore important to make sure your aquaponic system is always in great shape. And here’s how to effectively operate and maintain your aquaponic system.

There exist four main types of aquaponic systems. These are discussed below:

With this system, plants are grown aboard rafts (usually polystyrene boards) floating on water. Usually, the raft carrying plants is placed in a tank different from the tank carrying fish. Water from the fish tank is fed via filtration components to the tank containing the rafts and then recirculated back to the fish tank. Nitrifying bacteria are found in the raft tank and remain there throughout the system.

One major benefit of the raft system is that it greatly reduces potential water issues and stress since the extra amount of water in the raft tank buffers the fish tank when need arises. Also, in a large aquaponic system, rafts can make planting and harvesting easy as seeds can be planted on one end of the raft tank (which usually spans areas of square meters).

During growth, the rafts make their way to the other side of the tank where the mature plants are harvested. The harvested raft can then be replanted and the process starts all over. 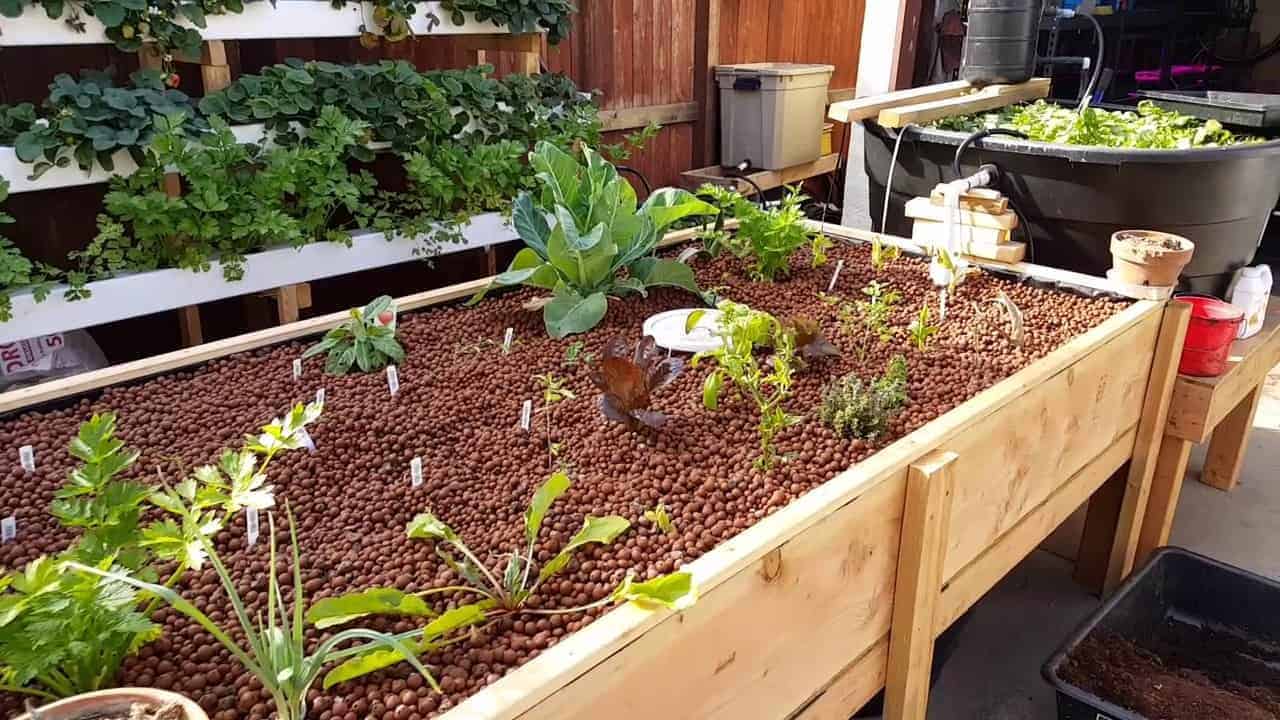 This method is beneficial because it used fewer components than a traditional aquaponic system. Here, the grow bed is filled with perlite, gravel or some other media. From time to time, the bed is fed with water from the fish tank. The water eventually drains back to the fish tank after all waste including solids has been broken down within the grow bed.

In some cases, worms can be added to the grow bed to enhance waste break-down. However, despite the fact that this method is easy to operate, it produces far less than other systems and thereby used for hobby purposes. 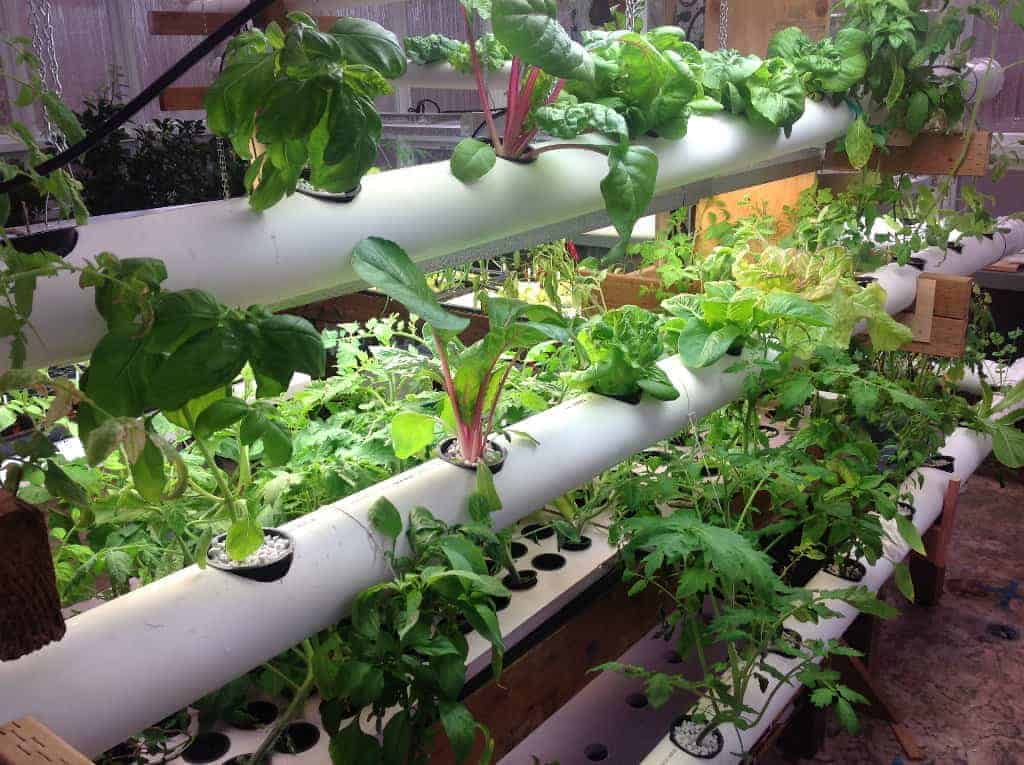 Here, plants are grown in long narrow channels with a constant flow of shallow water from the fish tank down each channel enough to provide the roots of the plants with nutrients, water and oxygen.

The water flows through the channel where the plants are found and past the filtration components back to the fish tank. However, because the volume of water is not enough for bacteria to survive, a different biofilter is needed. Also, because of the organic nature of this technique, hydroponic NFT systems are generally not big enough for use in aquaponics. Despite the potential it shows, it is the least used aquaponic system. 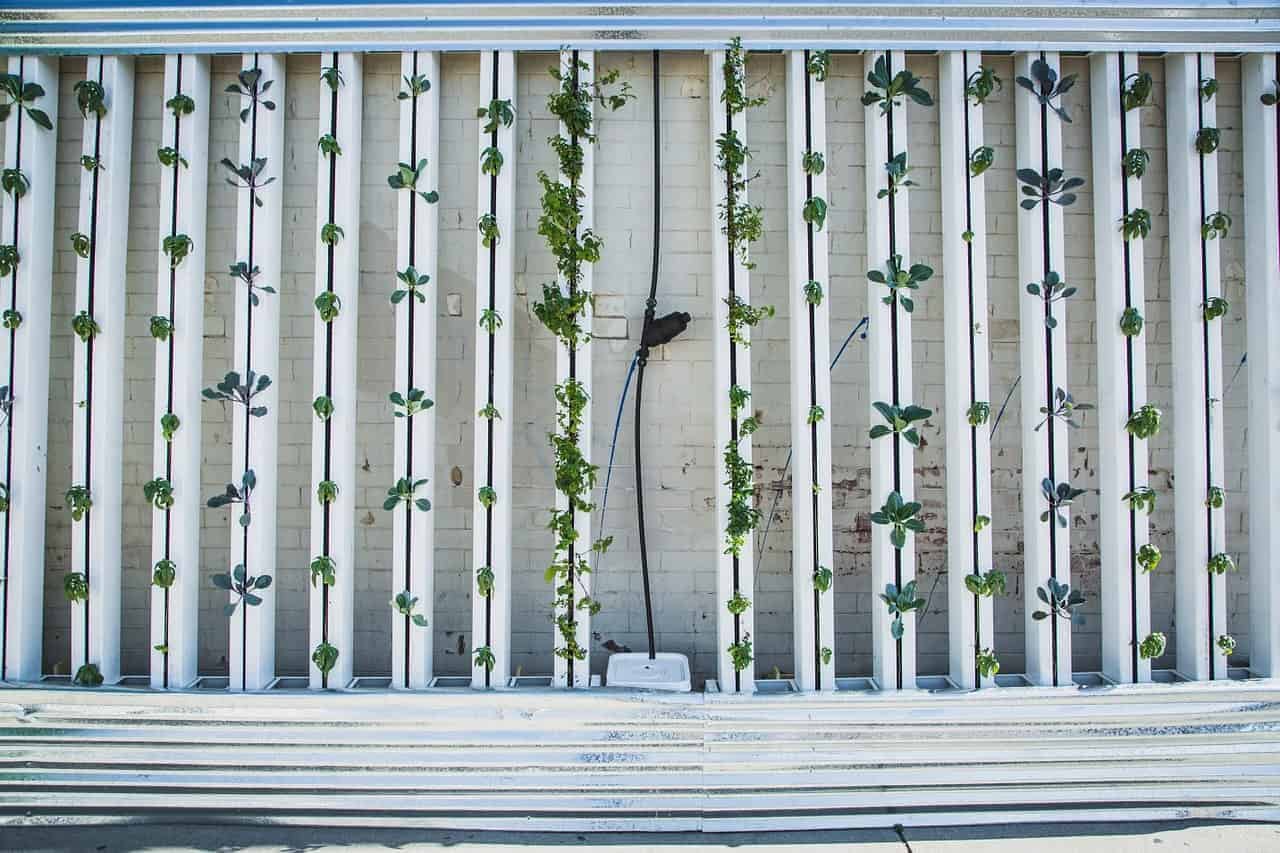 This type of system can be built in all sizes and is ideal for urban settings where space is limited. Here, tall containers are used to grow plants. The fish tank is placed at the bottom of the system and then tall containers are placed vertically with a system designed to circulate water throughout the system.

A major advantage of this system is that it allows for a single fish tank to grow more plants. Gravity also plays a very important role in this system as water will need to leave the fish tank below all the way up to the plants before returning to the tank. It is therefore important to build a structure that works perfectly and is convenient for maintenance.

Types of Fish and Plants: 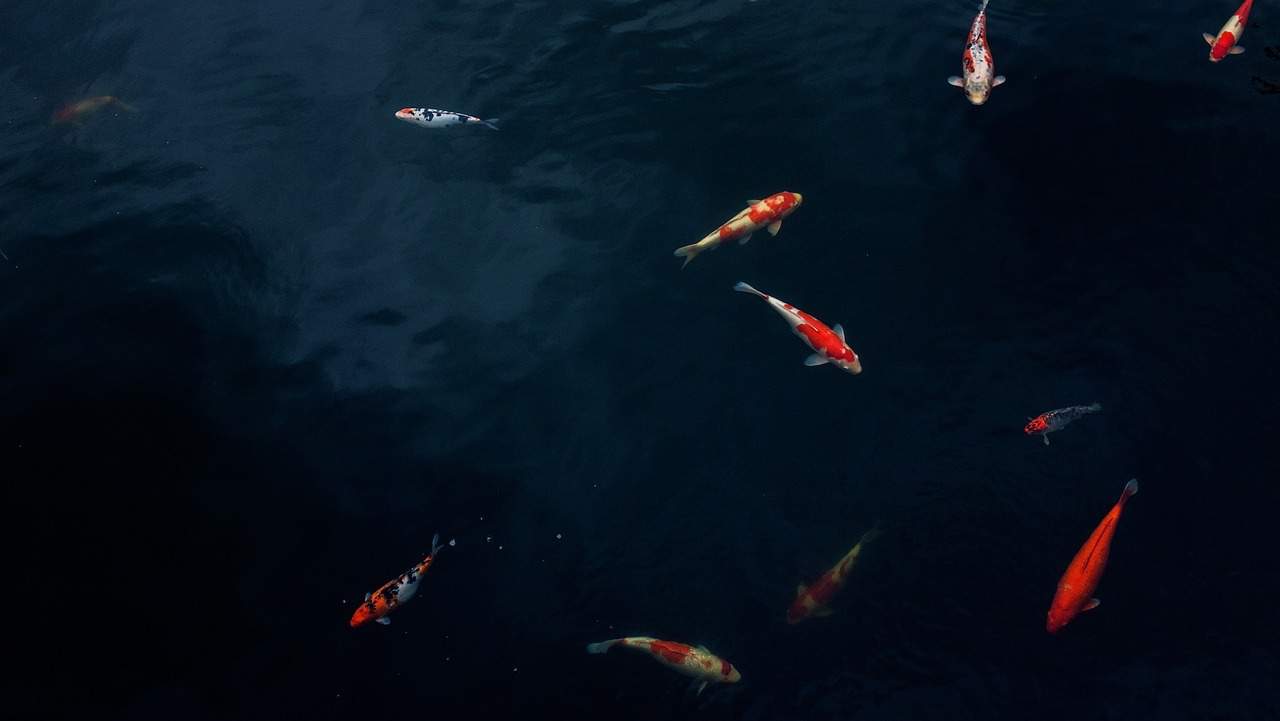 For plants, aquaponic systems are ideal for leafy plants such as lettuce, mint, chives, basil, kale and other common houseplants. Plants with higher nutritional demands such as peppers, beans, peas, cauliflower, tomatoes, broccoli, cucumber and cabbage require well-established and heavily stocked systems. Other crops that can be grown in aquaponic systems include carrots, beets, radishes, lemons, limes, onions, sweet corn, and other edible flowers (Nelson and Pade). 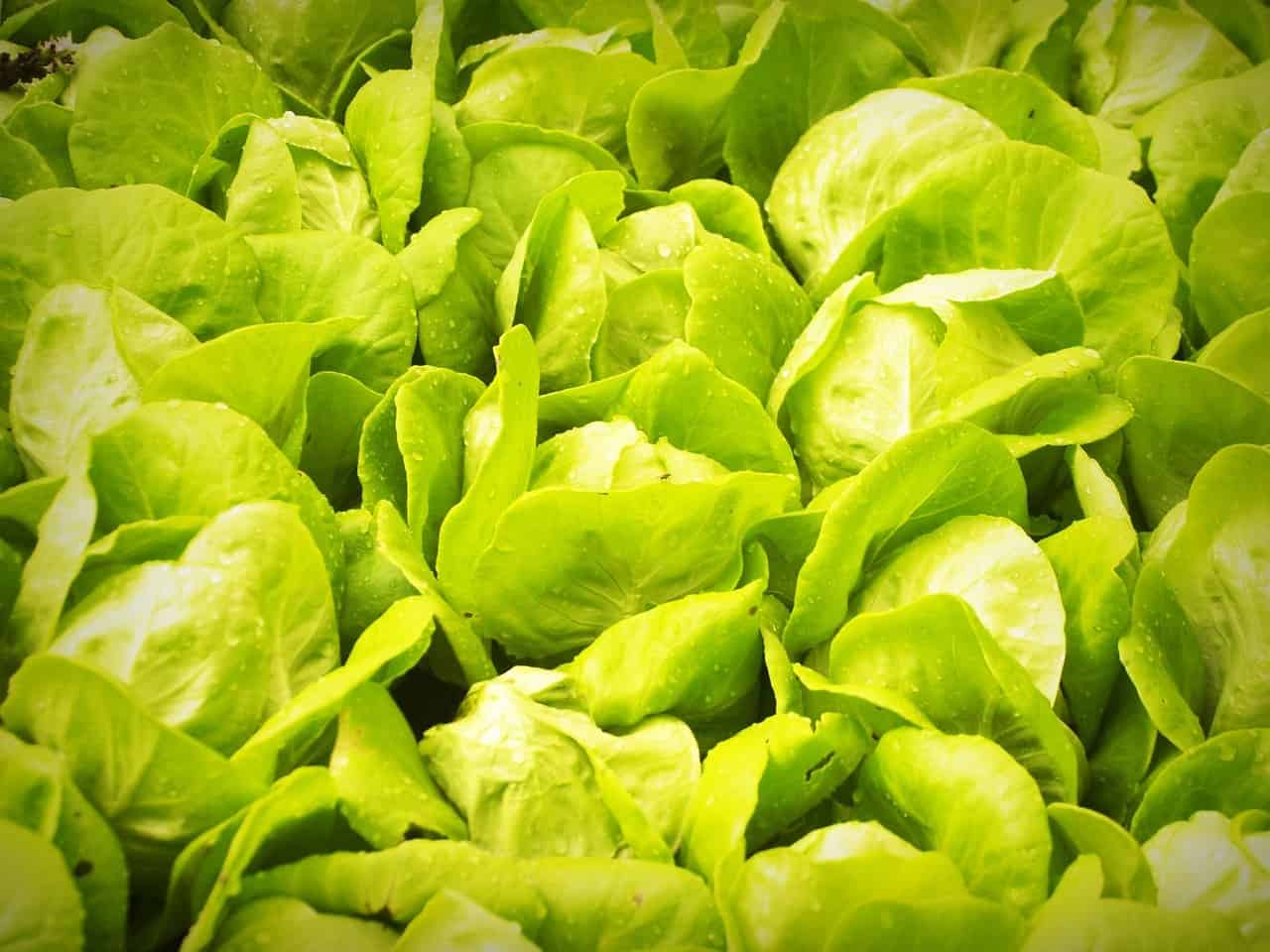 Read our related article: Best Types of Fish for Aquaponics 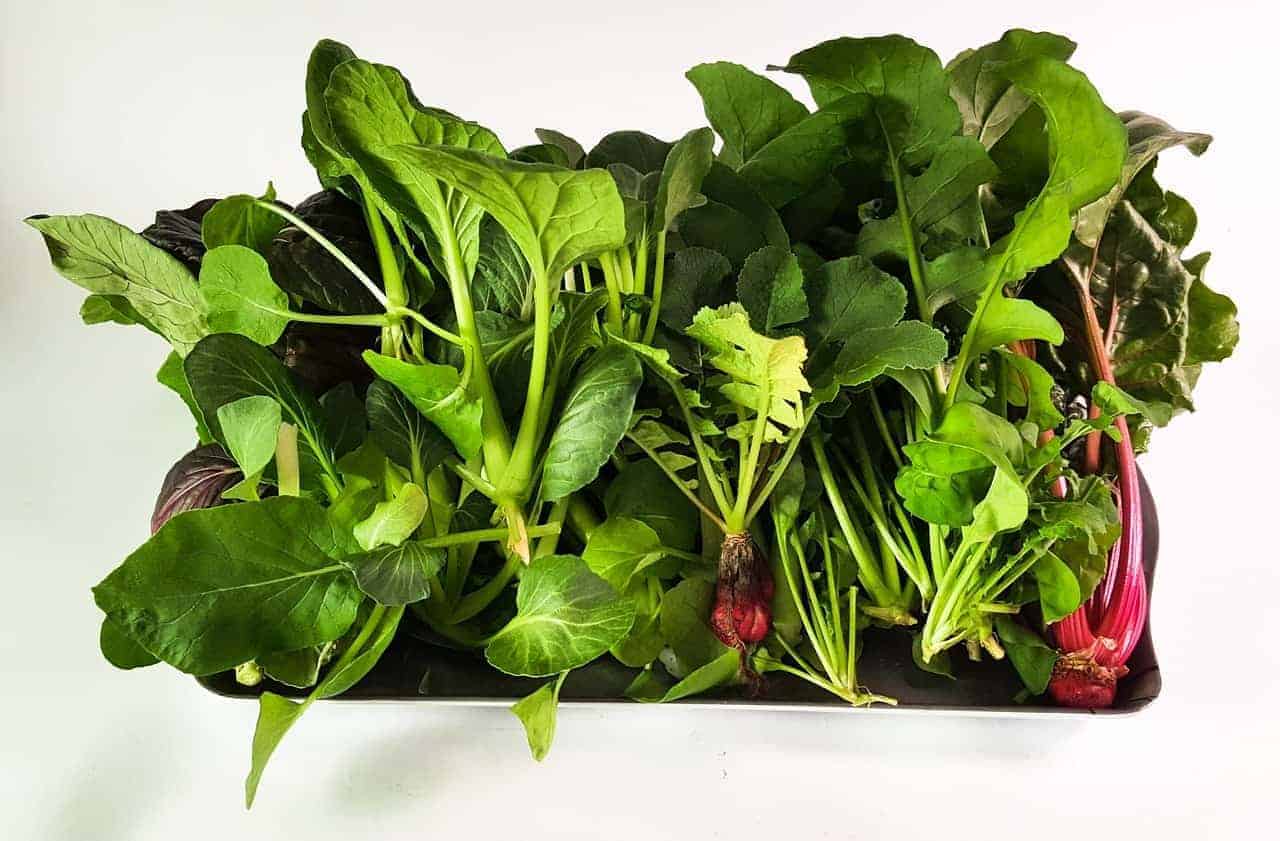 Thank you for taking the time to read our article on answering the question: What is Aquaponics? We'd love to hear your feedback in the comments section below. If you've found this article to be useful and are interested in learning more, be sure to sign up for our newsletter.

Why You Should Use a Bell Siphon for Aquaponics

Water Pumps for Aquaponics: How to Choose the Right Size

The 9 Best Fish for Aquaponics and How to Buy Them

The Aquaponic Source. (n.d.). What is Aquaponics. Retrieved from https://www.theaquaponicsource.com/what-is-aquaponics/

Aquaponics System Solutions. (n.d.). DIY Aquaponics And How To Easily Build One. Retrieved from http://www.aquaponicssystemsolutions.com/

Nelson and Pade. (n.d.). Methods of Aquaponics. Retrieved from https://aquaponics.com/methods-of-aquaponics/

Pattillo, A. (2017, March). An Overview of Aquaponic Systems: Hydroponic Components. Retrieved from https://lib.dr.iastate.edu/cgi/viewcontent.cgi?article=1018&context=ncrac_techbulletins