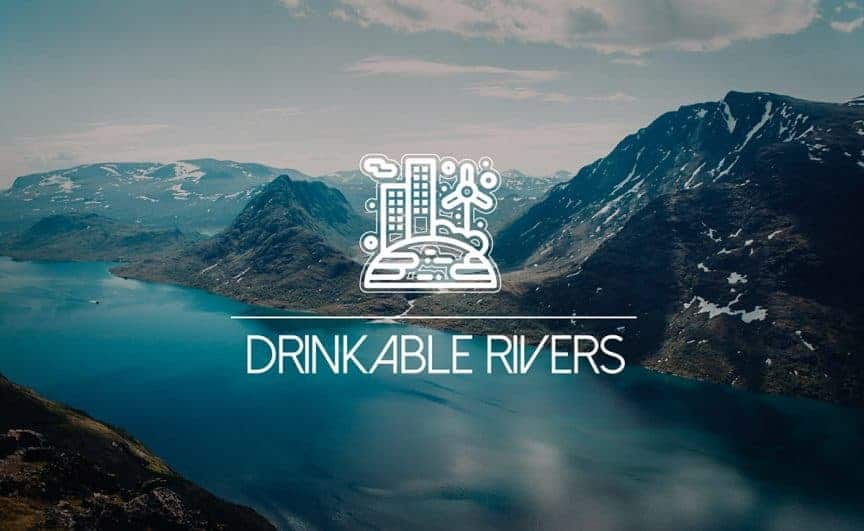 Not so long ago, river water was drinkable. And we can go there again. Rivers and Li An Phoa teach us about healthy economies.

Some years ago, I met Li An Phoa for the first time. We share a love for Schumacher College and regenerative practices to heal our world and our economies. She wasn’t well-known then. She’s becoming rather prominent now with her foundation and citizen’s initiative ‘Drinkable Rivers’.

Li An is an activist, researcher, and university teacher. She taught me about rivers and flow and economies. And I want to share this knowledge with you. In my own way. As a tribute and teaching and experimenting ground in one.

We all need to know about water. If we don’t know, how can we find it in our hearts to care for our waters?

Water is life. Up to 60% of our human body consists of water, according to USGS, Science for a Changing World. I think no one will deny that freshwater is very important to our bodies.

And there is not much freshwater available to us, humans, and other living species. According to the researchers of National Geographic, only 0.007 percent of the planet’s water is available to fuel and feed its 6.8 billion people and all the other species.

“Freshwater makes up a very small fraction of all water on the planet. While nearly 70 percent of the world is covered by water, only 2.5 percent of it is fresh. The rest is saline and ocean-based. Even then, just 1 percent of our freshwater is easily accessible, with much of it trapped in glaciers and snowfields.”

The Austrian scientist Viktor Schauberger taught us how water needs to flow to keep it healthy. I learned about Viktor on my Blue Economy learning path. And later, Spring College organized a walk with his grandson Joerg Schauberger.

Mesmerizing! Do you know that water purifies itself just by flowing?

In a river, the stream flips over in vortexes. Going one way, it pushes the oxygen out, making sure the anaerobe micro-organisms cannot survive. Going the other way, oxygen flows in again, allowing life in its fullest form.

So, why do we kill our water?

We store it in tanks, not flowing. We use chemicals to clean it, not vortexes. We don’t allow water to be our natural companion. And nurture us with life-giving minerals, oxygen, and positive energy… 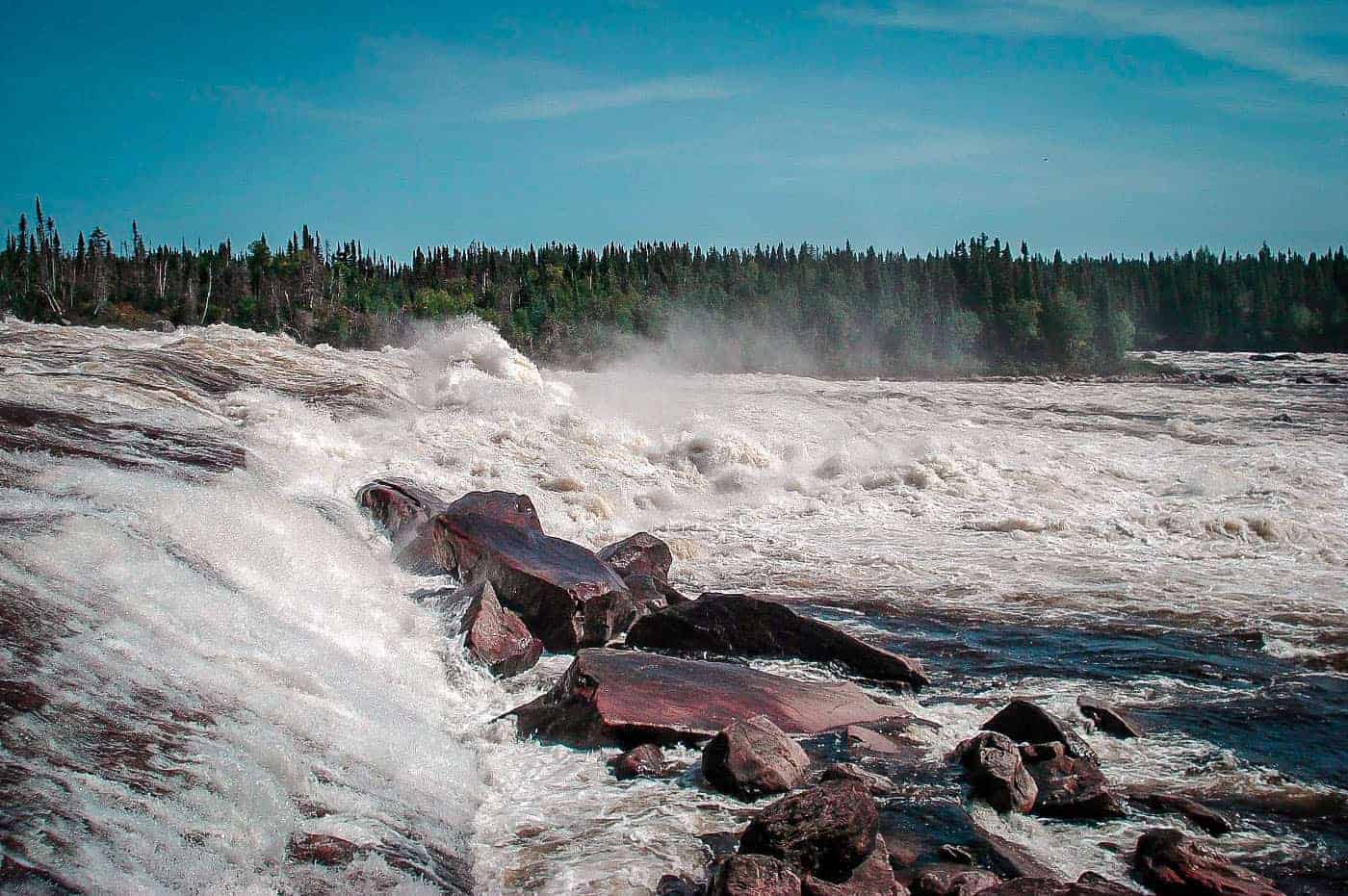 If you look at a globe and picture it as a female body, Gaia, rivers are the veins that flow through her. We can look at it as mythology, but there’s also Gaia theory in science.

James Lovelock (chemistry) has developed the theory together with the microbiologist Lynn Margulis in the 1970s. They say:

"that living organisms interact with their inorganic surroundings on Earth to form a synergistic and self-regulating, complex system that helps to maintain and perpetuate the conditions for life on the planet." — wikipedia

Forget the difficult words. Leave them to the scientists.

The planet as a living, self-regulating organism. It doesn’t sound so strange. Air flows, weather patterns, water cycles, they all interact and create our surroundings. A life-permitting environment for all species…

So, why not a living being?

Pfew, when I first understood this, I needed some time to grasp what it means. To me. To us. To our way of being on this planet.

Rivers Are the Veins

I’m not going to make this difficult. If you understand it up to now, it’s easy to grasp that the rivers full of freshwater are very important connections between every living being on our planet. Look at the top picture. These rivers just look like veins, don’t they?

And the water flowing so beautifully is freshwater needed for our health.

We bathe in it.

We cook our food in it.

In her TEDx talk, Li An Phoa tells us how her love of a river started with canoeing the Canadian Rupert river in 2005. The river was drinkable back then. She was an activist and the river would be dammed.

A few years later she came back and the river had become badly polluted with mercury due to mining. One decision. One mine. One dam. And a whole system of healthy beings living together got ruined in a flash. For what?

We, humans, together with our money-God, were playing destruction-games again…

It’s just not smart what we’re doing. We’re ruining the only home we have. And we can do so much better…

How Can We Do Better?

So, let’s explore what we can do better. First of all, we can look at the connections. And looking at a river, who connects dots on a map, helps.

If we make a mistake or we pollute upstream, the fish, frogs, and people downstream suffer. Just cause and effect. So, if we monitor the river at different locations, and different times, we can see what’s happening in the whole system. And we can motivate all people involved to find solutions together.

We can optimize the whole system instead of maximizing one part of the system.

Li An believes in experience, love, and care.

She walks along rivers and invites citizens, entrepreneurs, mayors, children, artists, and whoever else, to walk with her. During the walks, they experience the river. Feel love for her. Get to know her. And start to care more.

Within Li An’s Drinkable Rivers, citizen scientists do the monitoring. They measure temperature, e.coli bacteria, phosphate, pH value, etc. And apart from chemical monitoring, there are also groups monitoring the ecological side of the river, looking at plants and dragonflies.

They are instructed and the data is combined in one database noting the date, time, extra details (e.g. directly after rainfall) and values. Many children participate, learn, and have fun doing so!

It’s such a great method to:

In practice, people start to realize that they cause certain effects themselves.

I’m not saying that the citizen scientists can detect all of this. Lots of stuff is only detected by the water-purification installations further downstream. And even when they detect pollutants, not all can be removed.

So, in the end, we are drinking micro-plastics and chemicals…

In sustainability, one rule is key. Start at the source by doing it right. It’s always more trouble filtering stuff out than not polluting in the first place.

"Rivers can only be drinkable when all actions and relations in an entire watershed contribute."

What does this have to do with a transition to a different economy? 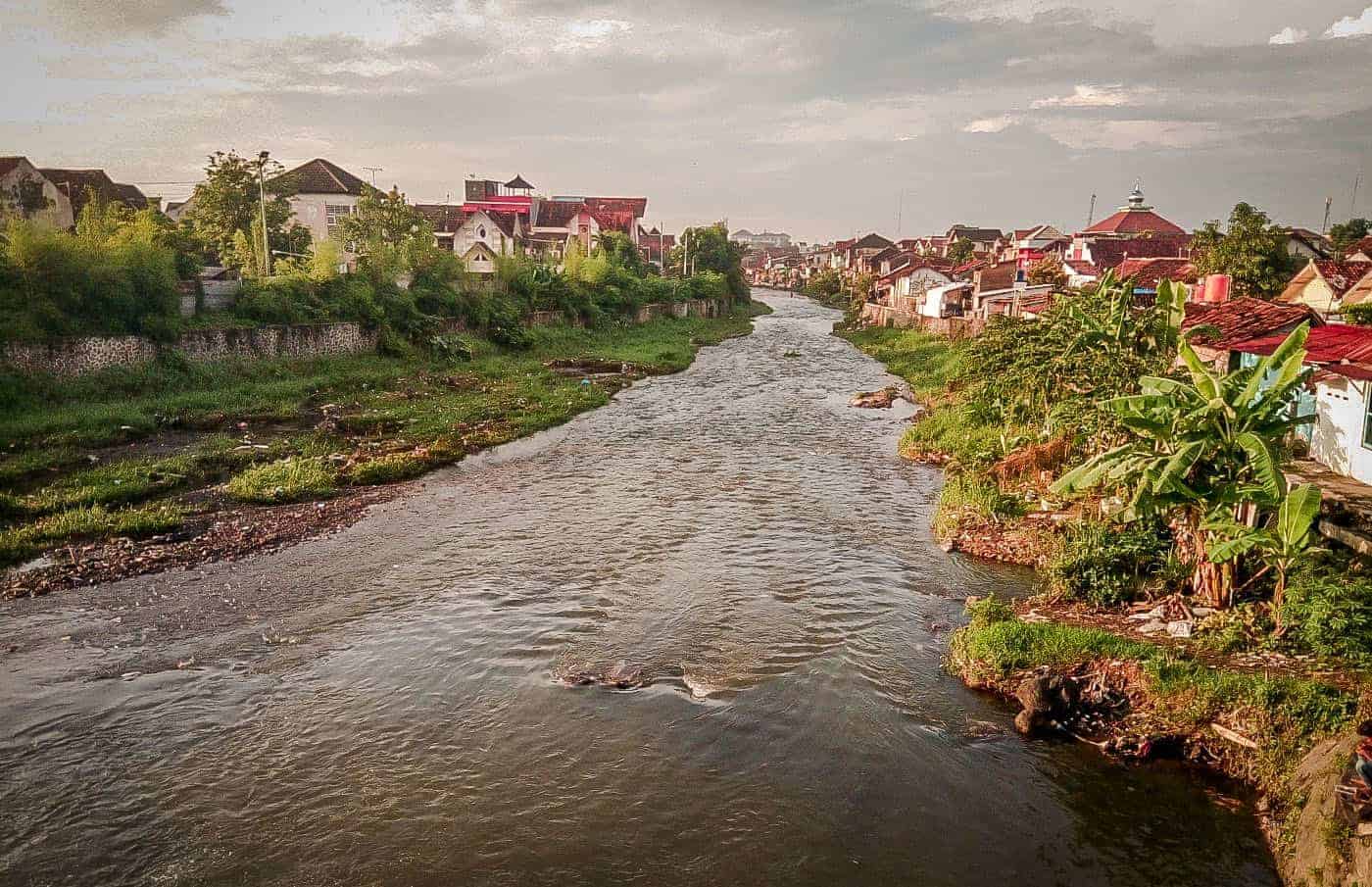 More and more economists are saying that we can have a different, resilient, and non-polluting economy if we take local bioregions as a starting point. In the ReGeneration movement, this economic way of thinking has a home.

Li An also inspired a Dutch bank, writing a report about risks being in control. Drinkable Rivers being the perfect economic indicator for healthy societies. Much better than GDP and other growth indicators. We need to focus on qualitative growth from now on.

One American economist who understands this very well is Della Duncan. She hosts the Upstream podcast and interviews many economists with a transitional view. It can be done. We just need to want it badly enough…

One river, one economy. Going over country boundaries. Making human interaction visible. Inspiring the people living in the communities alongside this river.

It might sound Utopian. But Li An is doing it. She walked the full 1,061 km of the river Meuse in 2018, attracting a bucket-load of attention. And many adult and child companions walked with her for parts of her journey.

Journalists, mothers, mayors, children, entrepreneurs, students. In short: people from all walks of life heard her stories about rivers and water. They had fun going into the river. They measured and were shocked by what they found. Many articles, social media stories, and even a television series did the rest. She became renowned along the way.

The salmons in the rivers jump for joy!

Here’s an English language example of one of her articles in the magazine of the Dutch National Water Authority.

“More than 50,000(!) substances seep into our environment every day, some of them ending up in our drinking water. For example, at least 140,000 kilos of medicine residues (not even including metformin, a treatment for diabetes) are found in the river Maas every year.”

And in October 2019, she and 11 French, Belgian and Dutch mayors signed ‘Mayors for a Drinkable Meuse’. It’s a declaration about learning together and working towards a drinkable river together.

The next thing will be a book she’s writing now, including theories I mention here like Lovelock’s and many more.

Chapeau, Li An! I couldn’t envision such success when we were rehearsing for your TEDx Venlo talk next to the Meuse. But you did it. You do it every day. And this story might inspire others to follow in your footsteps.

Become a pilgrim activist and shake the world awake with stories and active fun!

And for my Asian readers, here is an extra piece of knowledge about the importance of healthy rivers:

So much about rivers and economies. Let’s end this story with the song by Bruce Springsteen. So we remember economic hardship and romantic love by the river. Now knowing that a better economy is within our grasp…

Thank you, Mike, for adding your wise energy to my words on water.

If you want to connect, you can find me on LinkedIn, Facebook, Twitter, Instagram, or my website. Or somewhere in The Netherlands, Belgium, or France. My feet in the river, connecting to the Meuse…

Thank you for taking the time to read our article on drinkable rivers. We'd love to hear your feedback in the comments section below. 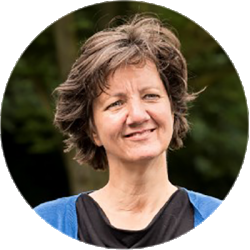 Desiree Driesenaar
Desiree is an entrepreneur and top writer on Medium for sustainability and climate change. She has 25+ years of experience in business management and is a regular contributor to The Blue Economy. Passionate about systemic solutions, Desiree actively collaborates with like-minded individuals.