This article covers the various sources of pollution in our clean water sources.

Water, as they say, is life, but the sobering reality is that it can also be deadly. According to the United Nations, unsafe water kills more people on an annual basis than from all forms of violence combined. And despite the strides made in recent years in the realm of water quality, more than 1 billion people around the world lack access to clean water.

The reasons behind the massive issue of water pollution are complex and varied, but raw sewage and industrial waste are among the biggest culprits. India’s Ganges River, considered the world’s most polluted, is on the receiving end of more than one billion gallons of waste every day. Ironically, the river is named after the Hindu goddess Ganga, who is said to represent purity and purification.

But water pollution isn’t only rooted in a lack of sanitation and unexpected events such as oil spills. Even natural minerals and nutrients are potential waterway pollutants, especially in high concentrations not naturally occurring in nature. Nitrogen and fluoride are especially problematic in this regard: Excess nitrogen in the water provides a hospitable breeding ground for algae and various aquatic plants, for example, while fluoride typically has the opposite effect in regards to flora and fauna, effectively stunting plant growth.

Pollutants that Can Compromise Freshwater Supplies

It is the overall behavior and habits of humans that represent the biggest threat to global freshwater supplies, however. Although they are essential to life as we know it, fresh water sources typically don’t get the respect they deserve. Even rainwater harvested in barrels is subject to contamination. Throughout history, humans have treated its rivers, lakes, and oceans as a dumping ground of sorts, and raw sewage and industrial waste are still routed en masse to global waterways in modern times.

Despite humanity’s laissez-faire relationship with water and waste throughout history, the link between water pollution and disease only became apparent in the mid-1800s. In 19th-century Chicago, repeated outbreaks of cholera were eventually connected to the city’s contaminated wells, and city leaders scrambled for solutions. Lake Michigan thus became the primary source of freshwater for Chicagoans, fed into the city via an intricate piping system.

Unfortunately, city and national governments haven’t always been so vigilant in terms of keeping harmful pollutants out of the water. And sometimes, those contaminants can come from unlikely sources, including the following.

A naturally-occurring mineral, fluoride is considered so beneficial to our tooth health that it’s often purposefully added to municipal water sources. Yet fluoride runoff from industrial wastewater is also a well-known contaminant, polluting soil and groundwater alike. Fluoride pollution directly harms plants and animals, from pollinators such as bees to livestock and even domestic pets.

It should be noted that the intentional addition of fluoride into drinking water supplies, a process known as fluoridation, has been a matter of contention in recent years. Since 1990, a startling number of global cities, including Portland, Oregon, and Dublin, Ireland, have rejected or outright banned fluoride as a drinking water additive. Fluoridation opponents are a diverse bunch, with some emphasizing the component’s alleged link to the bone cancer osteosarcoma, and others even claiming that fluoride causes autism.

Scientific research tells a different story, albeit, more mundane one. Fluoride in tap water has been shown to reduce cavities and prevent tooth decay, in both children and adults. What’s more, public water systems that contain less than 0.7 milligrams of fluoride per liter of water are considered perfectly safe.

The same cannot be said for many other water additives, notably those in bathing and beauty products. Most of us don’t consider the environmental effect of our daily use of beauty and hygiene products, but the true impact is readily apparent in the natural world. Along with harmful chemicals such as phthalates, many common beauty products also contain non-biodegradable plastics like glitter.

Even seemingly innocuous beauty products such as bath bombs, which primarily contain non-toxic Epsom salts, can cause detrimental harm to the world’s freshwater supply. Common bath bomb additives, including essential oils, cocoa butter, and cornstarch, may not dissolve well, leaving residue on your household pipes as well as in any fresh water they come in contact with. You may be able to negate any potential environmental harm by eschewing beauty products that contain harmful additives, or by using a drain catcher that helps keep contaminants at bay.

Because make no mistake: The chemical additives commonly used in beauty products can cause irreparable damage to the natural world, as well as animal life. According to a 2007 Environmental Working Group study, “fish and other aquatic life inhabiting waters containing man-made, hormone-disrupting chemicals may develop reproductive and other health disorders.” That’s in addition to the various negative effects on waterways themselves. 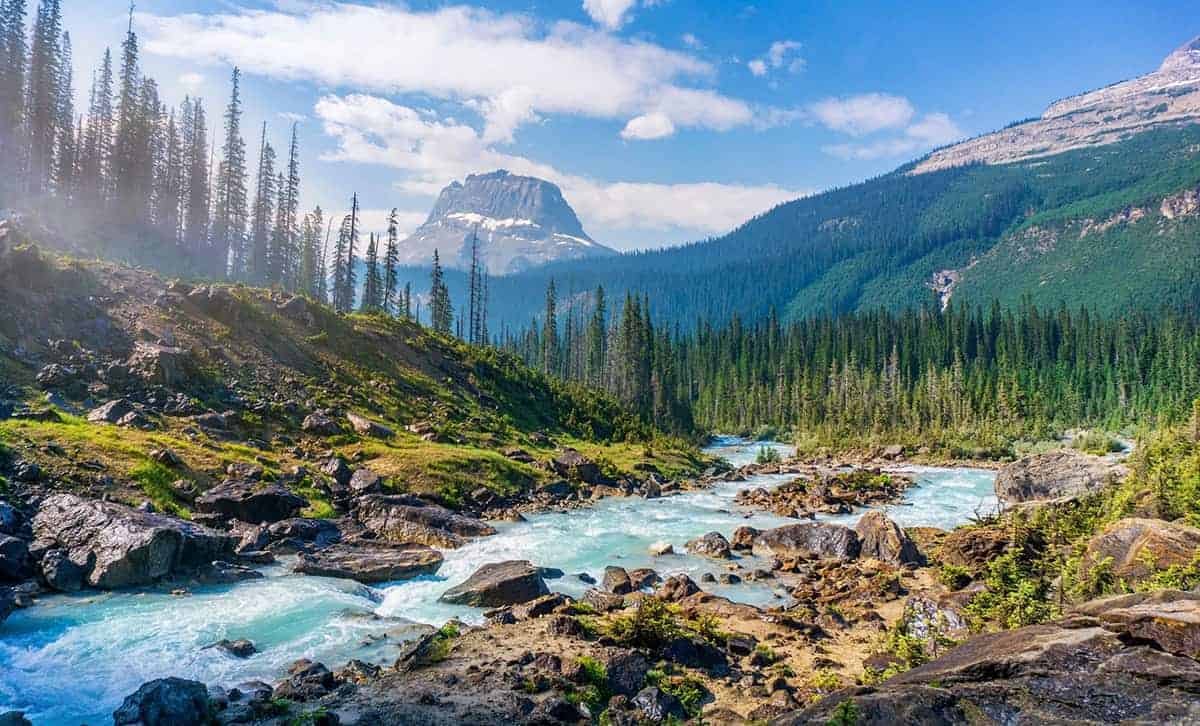 But it’s not only our domestic habits that ultimately pollute the Earth’s rivers, streams, and tributaries; outdoor recreation also plays a role. An unfortunate side effect of camping and hiking is the degradation of natural conditions, in heavily used campsites and on marked trails. Even the most mindful camper or hiker can’t completely prevent such negative effects as vegetation and habitat loss, damage to trees, and potential water contamination.

For this reason, many environmental stewards advocate for a “leave no trace” approach in regards to camping and hiking. The concept of leave no trace is a simple one  — for starters, always pack out what you pack in, including food packaging and scraps, and keep beauty and hygiene products far away from water sources. Additionally, your campsite should be at least 200 feet from the water to mitigate the risk of contamination.

As the global population continues to soar, the need for drinkable rivers is more apparent than ever, yet they are disappearing rapidly. And in our modern world, potential pollutants are seemingly everywhere, from drugstore shelves to municipal water supplies. Protecting our global freshwater supplies starts at the individual level, and consists of being mindful of the products we consume as well as how our actions may cause water pollution, even those that are unexpected.

Thank you for taking the time to read our article on unexpected sources of water pollution. We'd love to hear your feedback in the comments section below.

How to Test Water Quality at Home: Your Complete Guide

Ultimate Guide to Pumping Water from a River, Lake, or Creek

Is it Legal to Drill Your Own Well? A State by State Guide