Hamburg Wasser is building an underground storage and infiltration system under a stadium to prevent localised flooding as part of Project RISA.

The City of Hamburg, in partnership with Hamburg Wasser and the State Ministry for Urban Development and Environment (BSU), has devised The Rain InfraStructure Adaptation project (Project RISA).

Project RISA aims to develop adequate responses to stormwater management to avoid flooding of streets and properties as well as reduce water pollution from sewer overflow and street runoff.

Implementation has been allocated to a number of interdisciplinary working groups from the areas of environmental/sanitary engineering, urban and landscape planning, traffic planning and waterbody planning.

A key aspect of Project RISA is that it encourages multifunctional spaces including streets, parking spaces, green spaces, sports grounds, and playgrounds for short-term retention and/or transportation of runoff peaks during extreme precipitation events.

However, they will not be used for every extreme weather event. The use of public spaces will be limited to once-every-five-year events and streets once-every-ten-year events. Therefore, the use of multifunctional spaces is not the rule but the exception.

In addition, multifunctional spaces will be individually designed considering the extent to which each area is potentially at risk of flooding and the intensity of use. 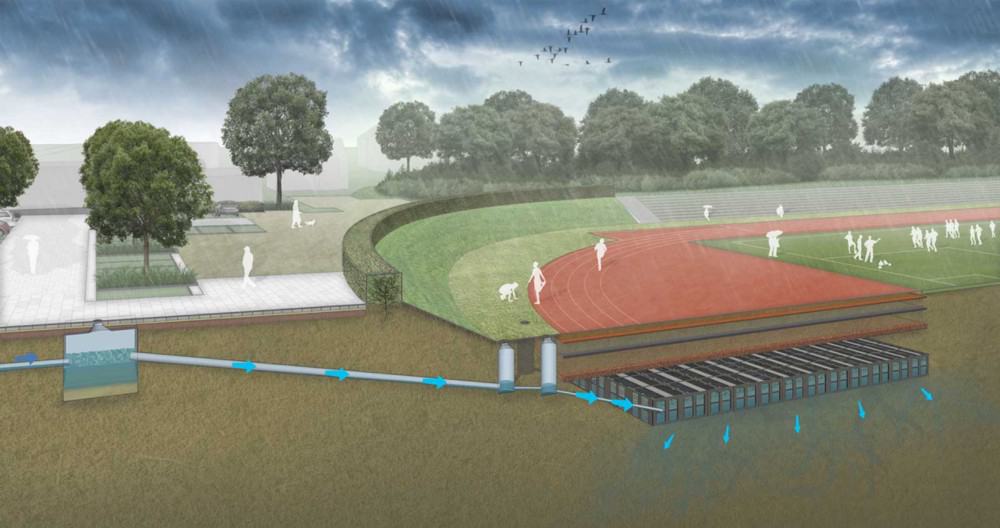 Hamburg Wasser is building an underground storage and infiltration system under the Hein Klink Stadium in Billstedt to prevent localised flooding as part of Project RISA.

In the event of heavy rain, the excess water will flow in the future through a newly laid channel over a settling shaft into the trenches under the Hein Klink Stadium.

On its way, the water will pass through a settling shaft. There, sand, tyre debris and other solids will be deposited on the floor and the roughly cleaned rainwater will then flow onto the sports field.

Once the system is completed, the new surfaces on the sports field will be applied. In total, the system will be able to absorb more than 500,000 litres of water during a heavy rainfall event.

Thank you for taking the time to read our article on underground rainwater storage in hamburg. We'd love to hear your feedback in the comments section below. 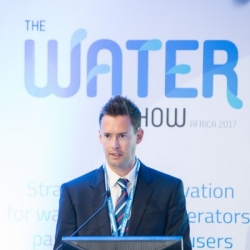 Robert Brears
Robert C. Brears is the author of Urban Water Security (Wiley). He is the founder of Mitidaption, Mark and Focus, is Director on the International Board of the Indo Global Chamber of Commerce, Industries and Agriculture, and a Visiting Fellow (non-resident) at the Center for Conflict Studies at MIIS, Monterey, USA. He has published widely on water security, water resources management, and related issues, and has conducted field research around the world, including Antarctica.